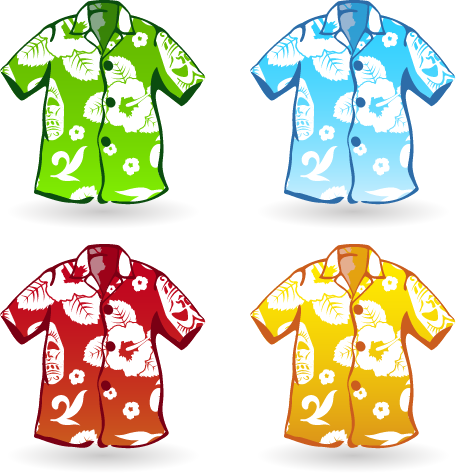 The big news out of the Federal City this week came Thursday, when a bipartisan group of senators and President Joe Biden announced they had reached a deal on a historic infrastructure funding package that will, if enacted, pump a trillion clams into roads, bridges, transit, broadband, clean water, and electric vehicles. Biden, who has been routinely mocked by some for clinging to his bipartisan dreams, was smiling like a butcher’s dog all day.

The news conference was certainly a welcome sight for our good friend Bob Latham, who reminded us all this week of the perils of diverting liquid fuels taxes from our road and bridge projects. In short, you get a nasty pothole in your budget, which state lawmakers may help tackle this budget season thanks to the Biden Bucks Pennsylvania is sitting on.

While you are reading this lovingly crafted missive, your General Assembly is feverishly working to wrap up the new fiscal year budget and all the accoutrements that come with it. As we all have come to realize, it is the accoutrements that can often matter the most. If you are a Triad subscriber, you will be getting more real-time updates than you can shake a stick at, and when the dust clears, our own Todd Brysiak will be sharing his thoughts about the good, the bad and the positively unattractive contained in the new spending plan.

Speaking of whip-smart Team Triad members, if you didn’t catch our own Brandi Hunter-Davenport’s chat with Pennsylvania Legislative Black Caucus Chair Rep. Donna Bullock, shame on you for six weeks. We have it here so you can immediately correct the error of your ways.

Lawmakers this week have finally come to an agreement to rescue drinks-to-go, a pandemic-spawned phenomenon that really caught fire with Pennsylvania consumers. And by “catch fire” we are not referring to Flaming Dr. Peppers; those would be damned near impossible to take out of a bar without setting yourself on fire.

Remember back in the Pleistocene Era, when education funding advocates sued over Pennsylvania school funding formula? Well, those chickens are coming home to roost, as those folks now have a court date. Should they prevail, things are gonna get ugly next budget cycle.

Folks who want to see more school funding in this year’s version made their way to the state Senate chambers this week, where they were promptly arrested for causing a ruckus. Asked to describe the ruckus, sir, the Capitol Police responded, “Watch yourself, missy.”

Kids who believe that the COVID-19 pandemic ruined their school year may soon be free to repeat a grade, which is like telling your kid he’s now “free” to clean up his room and eat a head of broccoli.

Members of the House and Senate spent quite a bit of time this week insulting each other over proposed Election Code changes that will be vetoed by Governor Wolf in the end.  Ah, but wait! There is also a plan afoot to change the state Constitution to include voter ID, a change that does not require a gubernatorial imprimatur. THE PLOT THICKENS! Wonder if this new development will force all parties to come to the table and compr… ah, never mid. Moving right along…

Vice President Kamala Harris came to Pittsburgh this week to talk about childcare and was immediately attacked by the RNC for not going to the southern border instead. As a compromise, the veep drove down I-79 to Greene County and walked the Pennsylvania/West Virginia border and yelled, “Are you people satisfied now??”

On Monday, masks will officially be a thing of the past, at least until the next time a pandemic decides to try and destroy the planet’s population. So, stock up now, they are insanely cheap, especially when compared with pretty much everything else in the grocery store these days.

Funding for the state-related universities (Pitt, Penn State, Temple and Lincoln) almost got caught in two crossfires this week. First, lawmakers advocating for the now-stalled statute of limitation for sex offenders bill tried to hold the school funding hostage, and second, some lawmakers wanted universities to carve in stone that they would never require vaccines. This continues the rather dangerous trend of college funding being used like a football at Beaver Stadium.

We note with sadness this week the passing of our friend and longtime central Pennsylvania state Rep. Ron Buxton. Team Triad sends our prayers out to Ron’s family.

Governor Wolf yesterday announced that his long-time chief of staff Mike Brunelle is departing for the private sector. About 99% of Pennsylvanians probably have no idea who Mike is, and trust us, that’s likely fine with him. Eschewing the spotlight, Mike was widely respected on both sides of the aisle for his honesty, candor and work ethic. Best of luck, Mike, and good luck to Elena Cross, who takes the helm tomorrow!

The Post-Pandemic Summer officially kicks off at Pocono Raceway this weekend, and every single campsite is sold out. Look for huge crowds and the roar of 43 engines this weekend at the Tricky Triangle!

In our We Can’t Make This Up segment this week, we turn our attention to a lady who wore the same Hawaiian shirt to 264 zoom meetings, and no one realized it. We know that fashion standards took a dive during the pandemic, but the absence of mean girl judgement is shocking. All we can say is, once Zoom perfects a smell e-vision feature, this sartorial extremism will end by the second or third day.

That’s what passes for news around here, as the end is finally in sight. Stay tuned for all thing budget related coming out of our amazing Team Triad communications shop, which is better than yours. We could teach you, but we’d have to charge. Until next time, kids, have a great weekend!