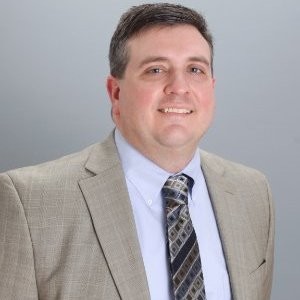 Working Together to Protect Our Water

Prior to  joining West View Water Authority (WVWA) in 2016,  news began breaking about the public health crisis in Flint, Michigan and lead seepage into the drinking water supply.  Flint had suffered corrosion to their pipes and lead was contaminating the water with significant side effects to the community.  Following this event, I decided it was time to take preventative measures in our coverage area.  Although, WVWA  continues to be compliant with the lead and copper rule, there has been movement over the past few years to lower the threshold. With a service territory that consist of 32 municipalities and more than 200,000 people in portions of Allegheny, Beaver and Butler counties. It is our job to ensure that we are providing our customers with access to clean and high-quality water.

I initially reached out to Triad Strategies’ government affairs team in 2016 to address my concerns surrounding the lead crisis with our state legislature. I truly saw a need for improvement and wanted to be proactive rather than reactive as lead contamination becomes a national water crisis. As we began our work on this issue, the Triad team exceeded my expectations and began to identify additional opportunities for capital investment and put priority issues of the water industry before our state leaders. With Triad’s assistance, in 2017 a provision was placed in the fiscal code which would allow municipal authorities the ability to replace service and lateral lines which connect the private homeowner to the public infrastructure. This was vital in continuing our fight for movement on the lead and copper policy issue.

As we continued our engagement, I had the opportunity to meet with members of the governor’s office along with PennVest senior staff and board members, including members of the General Assembly, to articulate our message and the need to protect our water from lead contamination. As we worked together, we identified additional dollars in the State Revolving Fund, specifically in the sewer account. We advocated to have the government use these additional funds for a grant program to help remove and replace corroded leaded water lines.

In the fall of 2019, the Water Infrastructure Funding Act (WIFTA) was signed into law through PennVest. This law expands the Clean Water to Drinking Water State Revolving Fund to address lead-related threats to drinking water. PennVest has anticipated that $93 million will be available in the form of loans to address this issue and all loans will be awarded in 2021.

It took significant work and dedication to get this across the finish line. I am incredibly grateful to my leadership team at WVWA, Triad Strategies, PennVest, and the numerous individuals we worked with in the legislature and governor’s office for their commitment to providing clean water to our Commonwealth.  The grant program will ensure that we are doing our very best to protect our water from lead contamination to keep our communities safe and healthy.