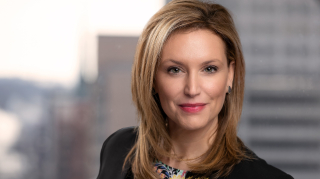 In our profession, we often think about how to persuade. What will resonate? What will drive action?

Oftentimes, we spend our time creating “myth vs. fact” sheets or one-pagers that are clear, concise and fact-driven.

But even most compelling statistics don’t guarantee successful persuading. Instead, the greatest predictor of success depends less on the “facts” and more on your audience’s entrenched beliefs.

In our world of public affairs, we have to remember that trying to correct someone’s misperceptions, or trying to persuade them with facts can create a backfire effect, making people embrace their existing beliefs even more.

As Mark Twain said, “Facts are stubborn things, but statistics are pliable.”

Known as “confirmation bias,” people embrace information that supports their existing beliefs and reject “facts” that contradict them.

This is why people don’t trust the media. Even a truly balanced news article that represents all sides fairly would still be considered biased. Why? Because everyone thinks their side is right, so the article should have emphasized their side more.

But this mistrust extends beyond the media. Consider the public opinion polling shared by Morning Consult and the Public Affairs Council at the recent Advocacy Conference in Las Vegas. Both surveys mirrored data that tested online and offline public trust.

Approximately 65% of people are more likely to trust a friend or a family member, greatly outpacing any other source of information. Only 40% of people trust the news media and less than 25% trust political ads or messages.

But, even though people are much more likely to believe information that comes from their friends/family “group”, this group is likely sharing facts and information that they probably already agree with.

And so it continues.

This doesn’t mean that truth is doomed, or even that people can’t change their minds. Because there are facts, and then there are beliefs.

Emotions are often not precise and don’t require a lot of facts because they don’t involve much cognition. Because of this, great communicators know that the best way to motivate and persuade others is through emotional storytelling.

During the conference, Matthew Luhn, a former Pixar animator and storyteller, discussed the five principles of effective storytelling. And he would know. Matthew spent 25 years crafting some of the world’s most engaging stories, including Toy Story, Finding Nemo, Ratatouille and Up.

1. Start with the Hook

A person’s average attention span lasts about eight seconds. Think about what you would say or show in eight seconds that pulls people from their ordinary world. Matthew recommends using something unusual or unexpected that asks a question, like: “What if a rat dreamed of becoming a French chef?”

Another important element of great storytelling is character transformation. Interestingly, people are usually resistant to change, but people love to see stories about characters who experience change, like Woody learning that he will still be loved even if someone else holds the rank of “Andy’s favorite toy.”

If you need to target a certain audience, you must craft a narrative that’s relatable to that particular demographic. But if you need to connect with a larger or unknown audience, use universal themes built around emotions. At our core, we all have very similar emotions and universal desires/fears, including: Love, Safety, Freedom, Failure and Abandonment.

Authenticity is key, because inspiring stories come from a place of truth and vulnerability. At the same time, people don’t want to be told what to think, they want to figure it out on their own. For example, instead of saying “letting Nemo go will allow him to discover life on his own,” Dory explains, “You can’t never let anything happen to him. Then nothing would ever happen to him.”

5. Focus on the Journey

Successful stories are structured in three phases: set-up, build and payoff. In simplest terms, a good story is just a hero on a journey.  And in an apropo way, Matthew showed us what he meant, rather than explaining it: https://www.youtube.com/watch?v=Fw3hSEbWIrs

My biggest takeaway from all of this?

And I’ll be shredding my myth vs. fact sheets.