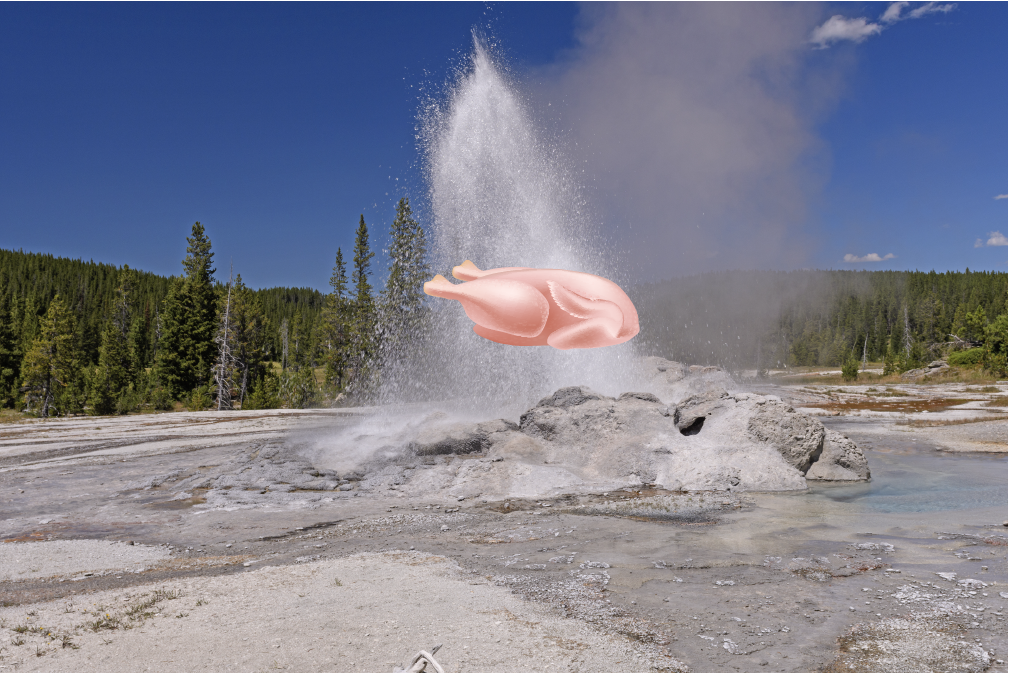 The U.S. Department of Homeland Security this week released a joint report with election officials and other federal agencies, saying that the 2020 General Election was one of the most secure elections in our nation’s history. Meanwhile, over in Trump’s Twitterville, the outgoing president is claiming that voting machine giant Dominion “switched” almost 3 million votes against him.

The highlight of the week may have been Texas Lt. Gov. Dan Patrick offering a $1 million reward for anyone who can bring him a good ol’ case of voter fraud. His prayers were answered by our own Lt. Gov. John Fetterman, who reported to him that in Pennsylvania, a man tried to get his dead mother to vote for Trump. At the time of this writing, Patrick had not yet paid Fetterman. Also, at the time of this writing, Patrick’s knees are somehow not yet broken. Hey Dan, you get a look at our lieutenant governor lately? Y’all should do the right thing here.

Facing dwindling options and having a fairly loose relationship with the reality of his electoral position, what would be the prudent thing for President Trump to do? Call Joe Biden and concede? Make a statement on national television? Nope! He’s holding a rally in Washington. This reminds us of what Delta House did after being placed on double secret probation. Let’s have a toga party!

In Pennsylvania, Team Trump did score a small victory in the Commonwealth Court, which ruled that the ballot extension deadline authorized by the secretary of state was unlawful. Since none of those ballots are in Pennsylvania’s current count, Biden still leads Trump by over 50,000 votes so... math and stuff.

The same secretary of state has asked a judge to throw out the Trump campaign’s lawsuit to stop the ballot certification. Trump’s team seems to be arguing that because fewer Pennsylvania voters cast ballots in his favor, he needs a do-over. How many Mulligans do you think this man takes on a golf course? Over/under is 8 per 18 holes.

Trump this week also took a Twitter shot at Philadelphia City Commissioner Al Schmidt for some reason or another. This is the first time in history that people across the nation are talking about a Schmidt from Philly whose first two names aren’t Michael and Jack.

GOP leaders in Pennsylvania have already begun working on a plan to audit the results of the elections, which we are SURE will put everyone’s mind at ease and salve all of the hostilities. Yinz have fun with that!

There is a ton of glass all over the floor of the State Capitol today as two women will now lead their respective caucuses in Pennsylvania. First, Westmoreland County’s Kim Ward was elected to lead the Senate Republicans. Shortly thereafter, Philadelphia’s Joanna McClinton became the Commonwealth’s first Black female floor leader when she was elevated by her House Democratic colleagues. Big congratulations to both.

Triad’s own Mike Manzo had some thoughts on Dermody’s race and career, which he shared with Stephen Caruso of Penn Capital Star this week.

And while we’re braggin’ on our own, Government Affairs Associate Olivia Rindfuss was named as one of Harrisburg Young Professionals “20 in Their 20s.”

Scranton Joe Biden, who either is or isn’t president-elect (depending on where you get your news) keeps on doing his best to ignore the sitting president, plowing forward with his transition team. Among the many chosen already, we give a shout-out to former Pennsylvania Education Secretary Pedro Rivera for making the jump. Do us proud, Pedro!

And while we all continued to be transfixed on election talk and transition announcements and caucus leadership elections, there in the background was our old pal COVID, just relentlessly pounding the Keystone State and the country into submission. The Commonwealth announced a jaw-dropping 5,488 new cases on Thursday, shattering our previous record. Yes, we will have a vaccine and at this rate we will be damned lucky if there aren’t a half million more dead Americans before it arrives. So, just do all of us this teensy, tiny favor and PUT THE DAMNED MASK ON! And seriously, do we have to have thirty local news features on how to do a “virtual Thanksgiving?” Just eat the damned bird and call your mom when you are done.

As Pennsylvania and the country look to rebuild our economy when this dreadful pandemic wanes, you know what will be at the center of those efforts? Union apprenticeship programs, that’s what. We have been telling you people for years…

Lawmakers will return to the big dome one last time next week to lock up the rest of the fiscal year budget, which at this point looks to be patched together with Gorilla Glue, dental floss and a heavy dose of prayer. Senate GOP leaders this week expressed optimism that the state’s fiscal picture is starting to brighten a bit, but we will just go ahead and caution all of our incoming freshmen lawmakers: 2021 is gonna feel like riding a rollercoaster while simultaneously being beaten upon by an MMA fighter.

We also give a shout-out this week to Philadelphia City Councilman Derek Green for being tapped to lead the Pennsylvania Municipal League. Nice work, councilman!

In our We Can’t Make This Up segment, we take you to Yellowstone (not the Kevin Costner show), where three men were banned from the park for trying to cook chickens inside of the hot geysers. Who amongst us, after all, has never had a hankerin’ for some good ol’ Geyser Chicken? Those park rangers are some real killjoys.

That’s what passes for news around here as we continue to play the “who-is-our-real-president” game while the rest of the world just moves on, like it always does. Check back next week for budget updates from the part of Triad Strategies that deals in facts and not goofy, baseless sarcasm (that would be us.) From all of us at Team Triad, have a great weekend!