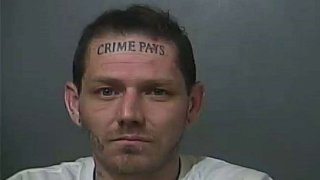 We do not often have the opportunity to begin our screed in the State of Nevada, but this week we return to the scene of some rather painful bludgeoning, carried out by Democrats on members of their own species. We’re referring, of course, to the presidential debate. It’s becoming really hard to imagine this merry band uniting behind any candidate after all the ugliness on display Wednesday night. Here’s how the NY Times scored it.

Penn State’s student-led Thon took a significant financial hit a few years ago, when organizers deemed that “canning” – the practice of soliciting money at stop lights – was too dangerous. We are happy to report that event leaders now say social media and other online technology have offset much of the loss and hold greater long-term potential. BTW, this is Thon weekend.

Four years ago, supporters of wine and liquor privatization figured they had started the death knell for the state-run wine and spirits system. Surprise! Despite wine now being available at more than 1,000 not-state-run outlets, the state stores are doing just fine, thank you, owing to an 11 percent increase in the sale of liquor, on which the state maintains its monopoly.

The Post-Gazette this week warned us that the Commonwealth is approaching another transportation funding crisis, as the federal government insists that we divert dinero from local roads and show a little love for the Interstate System, which in recent years has been shuffled to the back burner in anticipation that Congress and the president would step up and help. Diversion of transportation funds, inflation, fuel efficiency and the expiration of a subsidy for public transportation are contributing to the dilemma.

The Roman Catholic Diocese of Harrisburg filed for Chapter 11 federal bankruptcy protection this week, seeking financial breathing room as it deals with hundreds of complaints of child sex abuse by predator priests. The diocese said the move was necessary in order to continue to function as a religious and social welfare entity.

Lt. Gov. John Fetterman found himself in a kerfuffle with a Harrisburg attorney after the LT blocked a couple of dudes from his Twitter account who had the gumption to criticize the photo Fetterman posted of his wife in a Brazilian carnival costume. The attorney demanded that Fetterman apologize and unblock the duo; Fetterman said, in essence, pound sand.

The Allegheny County Democratic Committee voted on Sunday to endorse a slate of moderate Dems over their more progressive opponents. There is quite a bit of political turmoil going on out west. We’ll see how this all shakes down in the April 28 primary.

Tuesday was the filing deadline for candidates running in the April primary. We offer this link for those of you who are interested in statewide races, and this one for fans of congressional contests.

And speaking of the primary, Sen. Bob Casey says he believes the election should be moved up, as voters in 37 states and territories will get to weigh in before Pennsylvanians do. Others note that moving the primary up would also require moving the filing deadline up, creating its own set of challenges involving weather and holidays.

In general election news, it appears that Pennsylvania will prove to be quite important in this year’s presidential race. According to a Quinnipiac University poll, we are again among three swing states that could determine the outcome of the election. The others are Michigan and Wisconsin. At present, the poll says President Trump trails Joe Biden, Amy Klobuchar and Mike Bloomberg by six to eight percentage points in PA.

One issue causing some angst among PA Democrats these days is fracking. While some on the more progressive side of the spectrum support banning it, leaders of organized labor – particularly in the building trades – consider that position a nonstarter. In any case, adhering to a position of banning it will make for a bumpy ride in some corners of the Commonwealth.

It appears that the health care industry and trial lawyers are amassing for another battle royale over where medical malpractice lawsuits may be filed. In 2003, the state Supreme Court decreed that med mal suits could be filed only in the county where an injury occurred, rather than an any county in which a health care provider operates. The court is considering whether to reverse the rule.

In this week’s We Can’t Make This Up segment, we trek on over to Indiana, where a man who has “crime pays” tattooed on his forehead wound up in jail, charged with resisting arrest, reckless driving, possession of meth and auto theft. The headline on the story very helpfully points out that “this is not the first time the man has been in prison.” We’ll go out on a limb here and predict it won’t be the last time, either.

And that’s what passes for news ‘round here this week, boys and girls! A tip of the Triad hat to those who are dancing the weekend away in State College, and we’ll be back next week with more of the same sad stories.