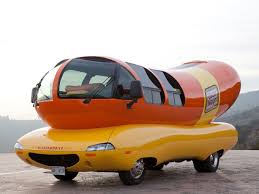 President Trump this week unveiled his shiny, new $4.8 trillion government spending plan for the next fiscal year, and it was promptly thrown in the trash by Congress. Regardless of who is sitting in the Oval Office, this seems to be the case every year, which leads us to believe that the entire exercise is a giant waste of time.

Fresh off his impeachment acquittal and subsequent victory/vengeance tour, Trump was also reminded that not every senator is in lockstep on everything he desires, especially when it comes to his chosen nominees to the Federal Reserve. Our own Sen. Pat Toomey made it pretty clear that Trump’s nominees are not exactly his brand of whiskey.

If you watched the Oscars on Sunday, you likely saw Joaquin Phoenix give a rambling speech about cows and a baby calf and milk and UFOs and whatever else popped into his mushy brain. His screed did not sit well with dairy farmers here in Pennsylvania, we have been told, which is why we watched hockey instead of the Oscars in the first place.

Back here in relatively sane Pennsylvania, Senate President Pro Tempore Joe Scarnati announced he will not seek re-election this year, joining House Speaker Mike Turzai, who announced the same in January.  It is pretty rare that two presiding officers head to the exits in the same year, so expect a moderate amount of upheaval around these parts.

Fresh data from New Hampshire exit polls tell us that a mere 11% of Granite State voters get their political news from Twitter. This is your periodic reminder that Twitter isn’t the be all/end all of information delivery, despite what @theRealDonaldTrump might say. This news dovetails nicely into what Triad’s own Jennifer Riley has to say on delivering effective messages in this low-trust, often fact-free world we live in. Check that out here.

Gov. Tom Wolf this week embarked on a tour of the state’s 14 public colleges to tout his new $200 million tuition forgiveness plan. The scholarship fund would be built by taking loot away for the state’s horse racing development fund, setting up a classic battle between students and horses. It is gonna be epic.

Wolf this week also whipped out the old veto pen and squashed a bill that would have prevented him from closing two state-run centers for people with intellectual disabilities. Helpful legislative hint moving forward: if you pass a bill to stop a governor from doing something he clearly wants to do, he is PROBABLY GONNA VETO IT!

A federal judge this week picked the winner of the “who gets the old Philly refinery site” lottery, and while we do not know the future of the property, we do know this: it ain’t gonna be a refinery. Expect to hear more – perhaps much more – from our friends in the building trades.

Although Pennsylvania residents have largely been spared from the spread of the coronavirus, experts are starting to warn that the pandemic’s impact on the world economy might be severe, putting a hurtin’ for certain on your wallet. Viruses, it turns out, are not good for the commerce.

Pennsylvania’s hemp farmers are getting a lesson in supply-and-demand economics, as a glut of hemp has driven the price from $40/ton to a mere $10/ton. So before you run out and throw some hemp seeds into the ground, think about waiting until there is an actual demand.

One lawmaker this week rolled out a plan to help protect “vulnerable travelers” on our state’s roads, such as pedestrians, bikers, scooter aficionados and even horse-and-buggy users. Lotsa road out there for all of us, let’s do the right thing and share, people.

A report out of Philadelphia this week reminds us all that everyone loves to talk about campaign finance reform, while at the same time benefiting from the lack thereof. This time, it is our progressive pals in the east who have figured out that there is indeed life after Citizens United if you learn how to play the game.

Redistricting is right around the corner for Pennsylvania and the nation, so naturally, some folks would like to see the process reformed, whatever that means. The problem for the reformers is any redistricting legislation that might be passed this year won’t take effect for another decade. Maybe by then the General Assembly will have eliminated property taxes too.

In our We Can’t Make This Up segment this week, we take you to chilly Wisconsin, where police pulled over the driver of the Oscar Mayer Wienermobile, giving the wiener pilot a verbal warning for failing to obey traffic laws. Even processed meats must follow traffic laws, kids.

That’s what passes for news around here as we celebrate Valentine’s Day, which we all know was celebrated a little differently in Chicago in 1929. In 2020, instead of lining up and executing seven mafia members, maybe just go out and have a nice dinner. From all of us at Team Triad, have a great weekend!