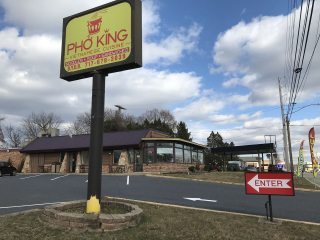 We open our missive today with a shout-out to the students, faculty and volunteers who danced the nights away at Penn State last weekend, raising more than $11 million for pediatric cancer research and treatment. That’s roughly $11 million more than the Commonwealth currently spends on such research, coincidentally. In any case, #WeAre!

As the coronavirus continues to dominate the news, we have discovered that not only can it kill you, it can also do a pretty solid number on the stock market. The Dow this week went from “market correction” to “holy crap, look at my 401k” territory, cratering by more than 3,000 points.

The outbreak continues to play havoc on supply chains across the globe, hitting our largest trading partner, China, particularly hard. As China is the chief purveyor of artificial sweeteners, you may wanna figure out an alternative to your normal rum and Diet Coke this summer, as the Diet Coke part might not exist.

As we careen toward the 2020 election, Pennsylvania has rolled out a new web site designed to help you understand all the changes enacted to our voting laws in 2019. With most counties also unveiling new machines, it might be a good idea to familiarize yourself early. Maybe spend some time focusing on the new mail-in ballot procedures?

Wow, you guys took us pretty seriously on that suggestion! More than 20,000 Pennsylvania voters are already set to vote by mail this year. Note to political consultants: this could be a very big deal when you are doing your voter targeting.

A Drexel University report was released this week showing that Philadelphia’s sweetened beverage tax has not slowed the consumption of soda in the city. It has only slowed the purchase of soda within city limits. So, to recap: soda intake stays the same, grocery stores are closing, and Rebuild Philly is still at the starting gate after four years. Seems normal.

If you were wondering how Pennsylvania students stack up against other states when it comes to SAT scores, you sure do have a lot of time on your hands. Anyway, that info can be found here. Also, maybe you should consider a hobby.

State budget hearings continued apace this week with the normal give-and-take between people who wanna spend your tax money and those who would prefer we do no such thing. Of interest, however, was a rather spirited sparring session over Governor Wolf’s decision to enter the Regional Greenhouse Gas Initiative. Opponents of the plan claim it will cost jobs, and if the coal industry happens to be where you are employed, that is probably a correct assertion.

Controversy came to South Philly this week, as a new supervised injection site was announced in that neighborhood. The fight against addiction can indeed be messy and controversial, we are finding.

Philadelphia officials may also be in a bit of hot water as a federal appeals court has ruled that the Trump administration may hold back grants to cities who have classified themselves as sanctuary cities.  Philly, astute readers may recall, is one of them.

Meanwhile, in western Pennsylvania, if you have not been following the unmitigated disaster that was the Allegheny County Democratic Party endorsement, you should really do yourself a favor and read about it. There are some hard feelings out there west of the Alleghenies.

And in the Steel City, that little mom-and-pop, nonprofit health system, UPMC, continues to hum right along, posting $20 billion in revenue for 2019. If y’all wonder why some folks seem to be obsessed with Medicare for All, read that number again.

Lawmakers are once again rallying around yet another bipartisan plan to end congressional gerrymandering, which if enacted and authorized by voters would be in place just in time for the 2030 census. Interestingly, the legislation deals only with congressional redistricting. Reform for thee, not me.

Lebanon County, already famous (infamous?) for denying medical marijuana to parolees, is once again back in the news after it was reported that a county inmate (who also happens to be Rastafarian) has been tossed into solitary confinement for months because he refused a haircut. If you wonder why it is hard to enact bipartisan criminal justice reform around here, read that story closely.

Speaking of medical cannabis, the state has awarded the first four clinical research licenses, another step toward actually figuring out the clinical benefits of marijuana so we can all stop guessing.

There was some bad news out of Cumberland County this week, as the Letterkenny Army Depot announced it will shed more than 300 jobs in the coming year. Letterkenny, it should be noted, is also the name of a hilarious Canadian sitcom that you can find on Hulu.

Speaking of hilarious sitcoms, if you have not watched the South Carolina presidential debate, do so immediately.

Did you know that our planet has been lugging around a second moon for a few months now? Neither did we, and frankly, we are a little freaked out about it.

In our We Can’t Make This Up segment, we go back to Cumberland County, where an entrepreneurial Vietnamese couple has opened a new restaurant, Pho King, which we have been told has some Pho King awesome food. Honestly, it was too easy, and we are ashamed.

Finally, on a sad note, Alex DiSanto, a successful businessman and philanthropist tagged by President George H.W. Bush as one of his Thousand Points of Light and the father of state Sen. John DiSanto, passed away this week at age 88. Our condolences to his family and friends.

That’s what passes for news around here in frosty Harrisburg. We will be back next week after we scrounge around for more useless knowledge to impart. Until then, from team Triad, have a great weekend!