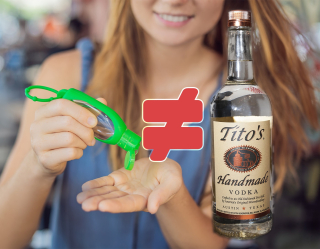 The prize for the Biggest News of the Week goes to former vice president and current presidential candidate Joe Biden. While he’s still a long way from wrapping up the Democratic nomination, he did capture the coveted Phoenix Rising from the Ashes award. On Saturday in South Carolina, he won his first presidential primary ever, and three days later, on Super Tuesday, he laid claim to 10 more.

Bernie Sanders took the single biggest prize on Super Tuesday – California – but not by as much as he had hoped and expected. While the Golden State results are still being tallied, it appears that Sanders got about a third of the votes, while Biden got about a quarter of them. In terms of total delegates, they’re neck and neck, but either way, it’s game on.

And in the aftermath, we bid adieu to Pete Buttigieg, Amy Klobuchar (darn, just when we were finally learning to spell their names), Michael Bloomberg and Elizabeth Warren. All Bloomberg has to show for his kazillion dollars is American Samoa, securing two-thirds of its six pledged delegates. Biden was immediately endorsed by Bloomberg, Briettegig and Krobuchum (see? Already we’ve forgotten how to spell their names).

Warren did not immediately endorse anyone, and there was wide-ranging speculation about which candidate would gain the most from her departure. While one might think it would be Sanders, as the only progressive of the two candidates still standing, there has been bad blood between Warren and Sanders, what with Warren knee-capping Sanders a couple of debates ago and the Sanders surrogates more recently bullying Warren to get out of the race and let the progressives rally behind their guy. Maybe the lesson here is that it’s unbecoming to kneecap or bully anyone you had previously called “a friend.”

Back home in PA, Franklin & Marshall Professor Terry Madonna posited that the Keystone State is now almost assured of being a key factor in selecting the Democratic nominee, despite our fairly late primary on April 28. In recent elections, presidential primary races have often been decided before Pennsylvanians cast their ballots.

Meanwhile, on that issue, Republican state Sen. John Gordner’s bill that would move the primary up to the third Tuesday in March in presidential years awaits House consideration after unanimous approval in the Senate.

The York Daily Record had an interesting analysis, reporting that tens of thousands of PA voters are switching parties this year. But unlike 2016, when a plethora of Dems switched to the GOP, the trend this year is in the other direction. More than 28,000 Republican and third-party voters have switched in Pennsylvania since the first of the year, YDR reports.

The coronavirus pandemic also received lots of ink this week as a panicked public rushed to stores to acquire hand sanitizer and face masks. The Centers for Disease Control and Prevention, the World Health Organization, the surgeon general and every health care professional on the planet all say the face masks will not prevent the viral infection… but what do they know? By week’s end, President Trump signed an $8.3 billion emergency spending measure sent to him by Congress.

Speaking of the president, he traveled to Scranton for a town hall meeting on Thursday, and for reasons known only to him seized the opportunity to bad-mouth Hunter Biden. It was Trump’s first visit to Pennsylvania in 2020 and his first town hall event of this year’s campaign season.

Obamacare once again is in the crosshairs as the U.S. Supreme Court agreed to hear an appeal of a lawsuit brought by Texas that would strike down the Affordable Care Act. SCOTUS has upheld the law twice so far.

In economic news, February’s data showed a robust increase of 273,000 jobs, and mortgage rates hit a record low as investors shifted their money to the relative safety of the bond market in the wake of coronavirus anxiety. Looks like a bumpy ride for a while.

Beginning Monday, speeding through highway work zones could start costing you money. Automated speed enforcement has arrived in Pennsylvania, targeting those who violate the posted speed limit by at least 12 miles per hour. Your first offense will draw only a warning, but a second time will nick you for $75, with a $150 pop for subsequent offenses.

Our We Can’t Make This Up segment takes us to the interwebs, where a few Twitter users caused a stir by suggesting that Tito’s Vodka can be used to make hand sanitizer. The Austin-based distillery’s social media team quickly pointed out that, at 40 percent alcohol (80 proof), Tito’s isn’t potent enough to serve that purpose. Sadly, Bacardi 151 was discontinued a few years back.

And that’s about all we got this week, boys and girls! No hugging, no kissing, and stay away from planes and cruise ships – unless you have plenty of face masks on hand. We’ll see you back here next week.