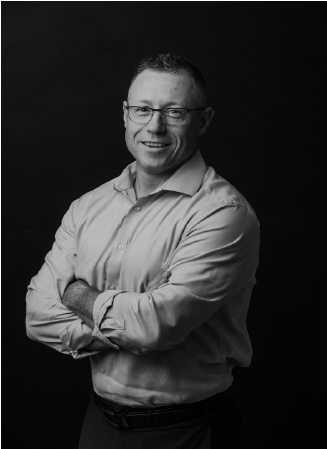 If there’s any single area that gives budget negotiators heartburn during the deliberations, it’s the emergence of complex policy matters at the big table. Every policy item is akin to the elephant in the room, and nobody is ever sure which one will make it out and through the door. During my time in the big room, these issues prompted more lost hair than grey hairs.

But like it or not, big policy discussions are always part of the deal. So, what did and didn’t make it across the line this year?

After what seemed to be a million years of pleading, the state’s business community is finally going to see the Corporate Net Income Tax cut. The near-10 percent rate has been a thorn in the side of job creators for years, so with billions in excess cash in the state’s coffers now was certainly the best time in decades to make the move.

The tax rate will slide in the coming years in a phase-down similar to that of the former Capital Stock and Franchise Tax (let’s hope it doesn’t follow that plan’s same delay pattern). The new tax rate will be 8.99% starting in 2023 and will phase down each year by 0.5% until reaching 4.99% in 2031.

Nearly every business group in the state has been doing cartwheels through the capitol rotunda since this deal was cut, and one can’t help but think retiring-PA Chamber of Business and Industry President and CEO Gene Barr is walking away from his career in government advocacy with one hell of a smile. For all you hockey fans, consider Gene the Raymond Bourque of the 2001 Stanley Cup Finals.

This year’s school code was no less than a gazillion pages long. OK, maybe it was only 137 pages, but for someone who had to actually read it all, it sure seemed like the former. That aside, this guidebook for education policy was packed with new tweaks and changes to the way the state directs its schools.

There were a slew of notable changes, but a few stood out: focus on the state’s education and economic competitiveness, efforts to address the teacher shortage concerns, student mental health supports (discussed previously), abolishment of previously levied charter school regulations and needed changes to the State System of Higher Education. If you want to talk bipartisan bill-trading and policy bartering, this bill is your golden example.

One would be naïve to think there won’t be some level of intrigue and inquiry relative to the outcomes of the many concepts considered in this omnibus legislation – House Bill 1642. But those looking for a good lesson in how policies are leveraged against one another to strike a deal should take a close look here.

File this one under the it-always-comes-up column when discussing budget deals – at least over the last eight years. Pennsylvania has one of the most robust gaming industries in the nation. It has is one of the most highly regulated and taxed. Like them or not, casinos are a big win for Pennsylvania’s economy.

However, the omnipresent debates on the expansion of video gaming terminals (VGTs) and the potential for regulation and taxation on so-called games of skill have made policy changes in this space a constant discussion point. And like practically every year in the past, the outcome was status quo.

These issues create a host of unique parties in the General Assembly. You have those who are just opposed to gaming expansion altogether, those in the camps of the state’s existing casinos which are massive job creators in their communities, and those who pick corners in the VGT-versus-Games-of-Skill slugfest. They each carry diverse perspectives, which leaves this space untouched most years.

There was chatter this year about expanding VGTs, amending the gaming laws governing casinos and consideration of how to address the proliferation of the skill games. Each point drew different critiques for equally different reasons, and the whole idea of making changes ended up on the chopping floor in the big room.

This issue carries a lot of weight and often breaks under its own pressure because of the many varying positions. But just because it didn’t make the cut in this year’s budget doesn’t mean it’s going away. In fact, it’s probably the exact opposite.

Adult-use marijuana policies and debates aside, folks in any part of the state would be hard-pressed not to see the benefits the medical marijuana industry has brought to Pennsylvania. Reports indicate Pennsylvania has about 600,000 people registered for using medical marijuana products. For many, it’s been a godsend in terms of care.

But access continues to be a concern, and there are many arguing that more licenses are needed. In fact, the state has many underserved regions.

In this budget cycle, however, there was some push to expand dispensary licenses to an existing group of grower processors. The approach garnered support and detractors, the latter splitting into two camps: those who feel the existing system needs to fully develop before more licenses are issued, and those who want more licenses but believe the process needs to be open, competitive and one that offers considerations to small and diverse businesses.

The push was based on the belief that the current system is allowing for out-of-state companies to create monopolies in the market, which is in contrast to the patient-care principals that drove the original act. In the end, this issue didn’t make the final list. Like gaming, there are so many different perspectives that it is hard to muster broad enough support to cram something of this magnitude into a budget code vehicle.

Truthfully, this issue needs to be discussed. And it needs to be done in the right context. Medical marijuana benefits many folks, and with access such a major concern, there must be some level of consideration on how to address it. Granted, we have seen some small-to-moderate marijuana changes tossed into the budget vehicles in recent years. But those were nibbles around the edge of the existing law. The discussions this year were akin to major shifts from the original policy.

Expect this discussion to grow in the future – as it should.

Even nearly three years after the last presidential election cast doubt (for some) on the state’s election laws, there is still a constant drum beat in the halls of the Capitol from folks wanting more reforms. Throughout, the concerns surrounding outside money to county election offices has been atop to target list of suggested changes.

Although not piggybacked on a specific budget code bill, the call for reforms didn’t leave the closed-door budget negotiations. Pretty much anyone looking to gather intel during discussions heard there was a real push for reforms that would provide counties with new election-centered state funding, but concurrently preclude counties from accepting third-party money to support elections.

Eventually, this new plan got legs and made to the governor’s desk, and $45 million was set aside to support it. But those paying attention to the tally couldn’t help but notice the stark contrast in votes between the two chambers.

While the Senate approved the plan – Senate Bill 982 – by a huge margin of 46-4, their friends down the hall in the House just barely got the bill across the finish line, as that chamber’s vote was finalized at 103-96. You can’t get much closer than this on a final vote.

Trying to assess why members vote as they do, especially in a 253-person legislature, is a tall task. Folks can guess all they want, but in the end each member has their own perspectives. However, when you cross-chamber assess votes where lawmakers representing the same communities vote in opposite ways, folks can begin to understand exactly how hard it can be to cobble together deals on major items.

Most anyone who has ever negotiated a budget deal, and the many side-agreements that come with it, will tell you that the one consistency in deliberations is always inconsistency.

Regardless, with this bill signed by the governor, those pushing for it must feel pretty good about this “win.”

I have said it more times than most folks would like to hear, but for the sake of this writing (and maybe my own humor) I will say it again: “State budget negotiations are tough. There’s nothing quite like them. Every issue under the sun comes up at some point, and there are always a handful of meetings where things erupt, and progress comes to a screeching halt.”

Going into this year’s discussions, I think we all expected the financial picture to provide a lot more clarity for lawmakers. When the budget books aren’t in the red, then talks have a lot fewer problems to consider. But clarity doesn’t always lead to simplicity.

I don’t think anyone could have expected to see a budget surplus of this magnitude going into negotiations. I mean, with about $12 billion in extra cash on hand, lawmakers had a whole new level of considerations to give. And frankly, the final product showed those considerations were assessed appropriately.

By all accounts, this was a damn good product. It covered a host of tier-one issues and laid the groundwork for a much more stable financial picture for the incoming governor – whoever that may be. I’m sure some will argue this point, but I think it’s pretty tough to cast aspersions on a spending plan that garnered support from about 90 percent of the General Assembly.

This is Pennsylvania. When does 90 percent of the General Assembly agree on anything? It’s pretty rare.

When we crafted our review of the governor’s plan back in February, I noted a little discussion I had with a friend over budget debates. His assertion was budget deals can be tougher to close with big surpluses. I argued that deficit-laden balance sheets were far tougher to manage.

At this point, I’m still going to be stubborn and claim that I was right. Trust me, being in the middle of negotiations during a 9-month budget impasse was beyond grueling. But that shouldn’t detract from the difficulty of navigating budgets like the one lawmakers just approved.

Pennsylvania’s a very diverse state, and the political dynamic just keeps getting more complex. No matter what state finances look like in the future, the next governor and General Assembly are going to have a host of new challenges to face.

So, for those working in the public policy space, we’ll leave you with this: Enjoy the summer folks, because there’s no way to know if next year we’ll be hanging together at the beach or in the halls of the Capitol.