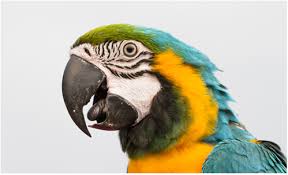 We start out this week on a somber note, sending our most sincere condolences to the friends and family of former Congressman Mike Fitzpatrick, who succumbed to cancer this week. He was taken far too soon.

Despite the fact that December job creation numbers failed to hit expectations (what, we ONLY created 145,000 new jobs? What the hell do you people want, anyway?) the Dow Jones Industrial Average topped 29,000 for the first time in history yesterday. President Trump trumpeted the news on Twitter by asking how everyone’s 409(K) is doing. 409, 401, tomato, tomahto…

As tensions escalated in the Middle East this week, we all learned that is was, in fact, not simply a coincidence that a Ukraine-bound plane crashed outside of Tehran at roughly the same time the Iranians were showering the desert with missiles. Very rarely do planes simply fall out of the sky.

Meanwhile, GOP and Democratic U.S. senators emerged from a briefing on the Iran crisis with markedly different opinions on what they just heard. And by “GOP” we mean “all of the GOP except for Sen. Mike Lee of Utah.”

Central Pennsylvania news outlets spent the entire week camping out at the Pennsylvania Farm Show, drinking milkshakes and petting livestock. Notable this year, however, was the array of hemp-based products for sale, ushering in a new age of hemp-ness in Pennsylvania.

And while hemp was the belle of the ball, the same cannot be said for the dairy industry, which has hit quite a rough patch in Pennsylvania. Note to readers: almond milk is not milk. As our good friend and Senior Consultant George Wolff often says, “I’ve never seen teats on an almond.”

Elected leaders across Philadelphia rallied this week to try and pry loose about $170 million from the state to remove asbestos from the city’s public schools. Yeah, that’s a pretty steep price tag, but the health of children and teachers shouldn’t be judged on how much it might cost. Ever see a hospital bill for treating a child with pediatric cancer?

Like swallows returning to Capistrano, the General Assembly will reconvene next week after a short holiday respite. And like every year since the dawn of time, there will be a new bill introduced to reduce the size of the legislature. You can set your watch by it.

A lawmaker in Vermont has proposed legislation that would ban the use of handheld phones for anyone under the age of 21. Great idea, except that people under 21 spend a lot of time teaching those over 50 how to use their handheld phones. What will Boomers do without these handy-dandy tutors?

The booming shale industry is getting a small taste of its first bust in Pennsylvania, as gas drillers are shedding jobs in western Pennsylvania. According to industry experts, the culprit is not a lack of demand, but rather the lack of pipelines to get said gas from point A to point B. And we know how easy it is to build pipelines around here.

We ran across an interesting tidbit this week that should help put Pennsylvania’s infrastructure crisis in perspective for you. Lehigh Valley officials this week put pen to paper for all the projects they intend to build in the next decade, and the price tag is just north of $500 million. That’s just for the Lehigh Valley.  Now multiply that by, um… a lot. See where we are going with this?

Now we would like to introduce you to our Women on the Move 2020 section, where three deserving folks are in the news. First off, our good friend, former lawmaker and all-around awesome person Cherelle Parker was sworn in as Philadelphia City Council majority leader this week! Go get ‘em, Cherelle!

The Philadelphia Tribune this week also spilled a little ink for our own Brandi Hunter-Davenport, making her move to Team Triad!

Finally, we give a shout-out to Danielle Farber, who this week became the first-ever female Pennsylvania National Guard member to complete Army Ranger School. Congratulations, Sergeant!

And as long as we’re giving shouts out, here’s one for the longtime Senate staffer formerly known as Drew Crompton, who was sworn in this week as a judge on the Commonwealth Court. Congratulations and good luck, Judge J. Andrew Crompton!

In our We Can’t Make This Up segment this week, we take you back to – where else? – Florida, where police responded a distress call only to find out that the woman who was repeatedly screaming “Let me out!” was actually a parrot. In addition to wanting out, the parrot also wanted a bowl of Froot Loops.

That’s what passes for news around here on a lovely Friday in your seat of state government. Come back next week where we will once again regale you with tales of yore. Until then, from all of us at Team Triad, have a great weekend!